What Is an Early Intervention System in Policing? Case Study 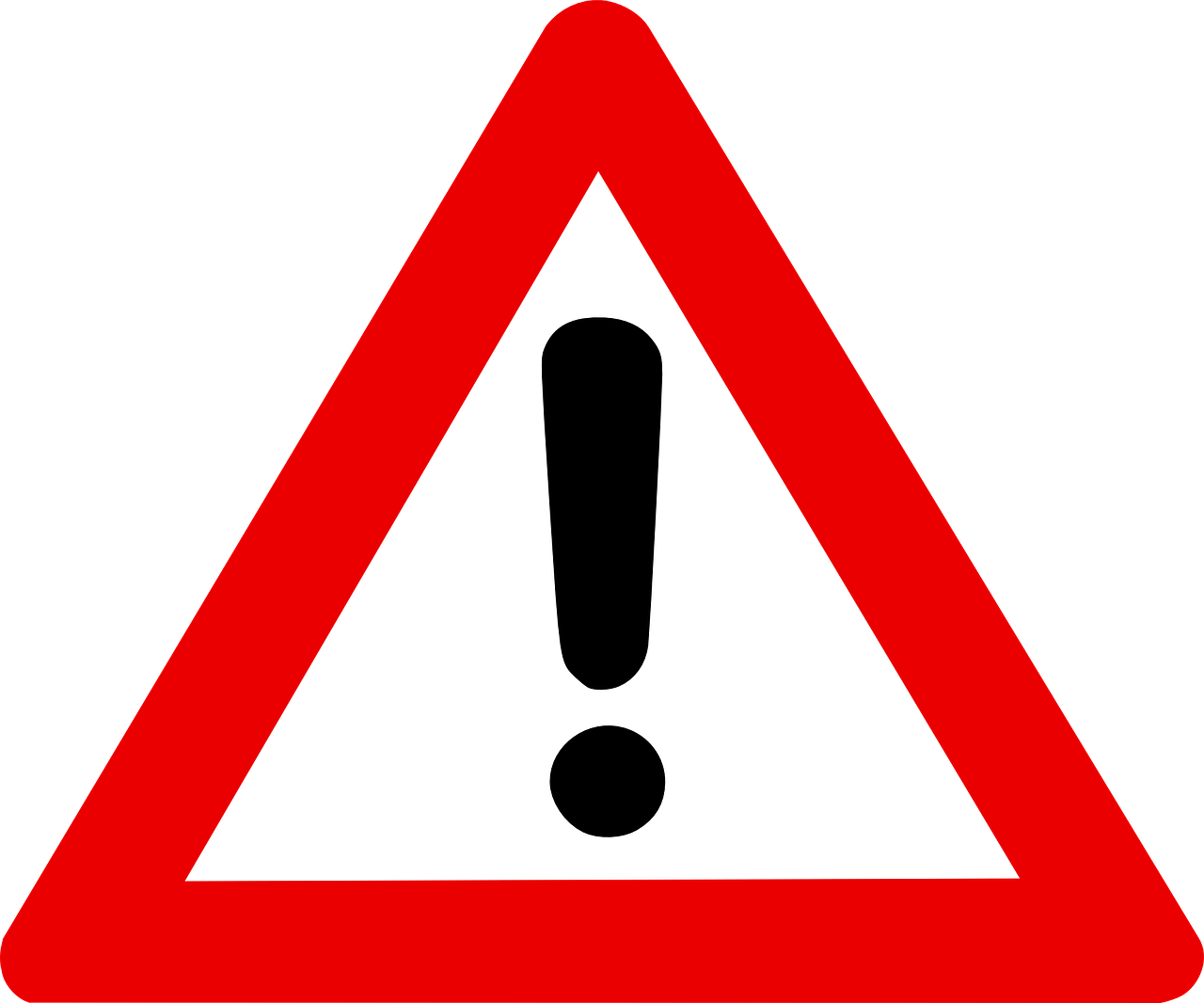 Police behavior, accountability, and transparency have been in the spotlight in recent years. Although most police officers maintain professionalism, some “bad apples” can arise. In addressing problematic police officers, departments use different accountability tools.

One of the tools is the Early Intervention System (EIS). The system notifies the department about any performance problems by any officers. It also provides a way to impose interventions to correct the officer’s performance. It has four main components:

These are the variables gathered by the department and typed in for each officer. It can vary from each agency or department but include indicators such as the following:

Departments create a threshold for each performance indicator within a specific time frame. The system will alert supervisors once an officer breached the limit. As an example, officers can get tagged as problematic if they have 180 or more citizen complaints. The officer can accumulate it within three months or a year.

There are different strategies to improve the at-risk officer’s performance.  It can vary from each agency and can take the form of:

The department needs to watch over those officers who received interventions. It can either be a case-to-case basis or continuous.

How Does It Work?

EIS has three primary phases, and they are the following:

The system will track the activities of every officer. It will also record any problematic behavior through performance indicators. EIS will flag the officer when they reach a certain threshold.

Still, EIS cannot distinguish between problematic and non-problematic behaviors. Supervisors need to discern every flag and deem it necessary for an intervention.

2. Intervening With an Officer

The department needs to give adequate interventions to correct the bad behavior. The strategies can be either:

Supervisors need to track the behavior of the at-risk officers on a continuous basis. But without knowing how each officer is interacting with the public makes it very difficult. Software platforms like Officer Survey automates such tasks, making everyone’s job a lot easier. Officer Survey is more than just an Early Intervention System, it is a feedback system that allows citizens to give feedback about their interaction with the responding officer(s).

The three early warning systems in the sites selected for the case studies have different administrative histories and program structures, and the three police departments have different histories with regard to police officer use of force and accountability.

The Miami–Dade Police Department (MDPD) currently enjoys a reputation for high standards of professionalism and accountability to reforms instituted following controversial racial incidents in the late 1970s and early 1980s.

As a result of the real and perceived prob- lems between police and citizens, the Dade County Commission enacted legisla- tion that opened to the public the internal investigations conducted by MDPD.

In addition, an employee profile system (EPS) was created to track all complaints, use- of-force incidents, commendations, disci- plinary actions, and dispositions of all internal investigations. As an offshoot of the EPS, MDPD created the Early Identification System (EIS) under the supervision of the Internal Review Bureau.

Monthly reports list employees who received two or more complaints during the previous 60 days, regardless of disposition. The reports are disseminated through the chain of command to the supervisors of each officer identified. As one official described the system, supervisors use the reports “as a resource to determine if job stress or performance problems exist.”

The information is intended to help supervisors evaluate and guide an employee’s job performance and conduct in conjunction with other information. The intervention phase of EIS consists pri- marily of an informal counseling session between the supervisor and the officer.

The supervisor is expected to discuss the report with the officer and determine whether further action is needed. Such actions may include making referrals to employee assistance programs inside or outside the department, such as psycho- logical services, stress abatement pro- grams, or specialized training programs.

Post intervention monitoring of officers in the early warning system is informal and conducted by supervisors. Review of offi- cers’ performance records is designed to identify officers who continue to exhibit patterns of misconduct and to make the officers aware that their performance is being closely scrutinized.

Additionally, the program puts supervisors on notice that their responsibilities include the close monitoring of those whose performance is problematic.

When the study began, the Minneapolis Police Department (MPD) had a mixed reputation and was in transition under the leadership of a relatively new chief. MPD has long had a national repu- tation as a police department receptive to research. At the same time, however, MPD had a troubled local reputation with respect to the use of force by its officers.

This reputation eventually brought a num- ber of important political and administra- tive changes in the 1990s. The mayor declined to reappoint the incumbent police chief, who had failed to discipline the police officers. The new police chief began raising standards of accountability; among other reforms, he instituted a ver- sion of the COMPSTAT process.

These changes have had direct implications for the system of accountability within the MPD and complicate any attempt to eval- uate the impact of MPD’s early warning system. The program was established in the early 1990s and has undergone a number of significant administrative changes, includ- ing a period of slightly more than 1 year in the mid-1990s when the system ceased functioning altogether.

After the data collection period for this study, a new procedure was instituted that calls for reviewing all reports of potentially problematic officer performance every 2 weeks. This procedure substantially heightens the intensity of the level of supervision. Thus, the findings reported here do not reflect current practices in the department.

The only selection criterion for the system is citizen complaints. The formal selection criteria have changed over the years, however. Currently, a quarterly report lists all officers with two or more citizen com- plaints, whether sustained or unsustained.

The intervention phase in Minneapolis consists of only an informal counseling session between the officer and his or her immediate supervisor.

In the early years, supervisors were required to document their counseling session in the form of a memorandum to the commander. There is currently no documentation requirement, and MPD’s program does not include any formal post intervention monitoring.

Apart from the routine supervision applied to all officers, officers who are subject to inter- vention are not subject to formal monitor- ing and no special data are collected on their performance.

In the mid-1990s, the New Orleans Police Department (NOPD) had a national reputation for both corruption and use of force by its officers. Between 1995 and 1998, NOPD terminated an average of slightly more than 18 officers per year and imposed an average of more than 100 suspensions per year.

At the same time, 97 officers resigned or retired while under investigation by the depart- ment and 105 officers were either arrest- ed or issued a citation for a criminal law violation. These are extremely high figures compared with police departments of similar size.

The officials associated with NOPD’s Professional Performance Enhancement Program (PPEP) have a strong sense of identification with the program and are committed to maintaining and improving it. The department also conducts random integrity “stings” to identify possible cor- rupt activities by officers. Furthermore, PPEP does not limit its focus to individual officers, but also examines training, proce- dures, and supervision.”

As in Minneapolis, changes in the pro- gram occurred after the data collection period. It is likely that the administration of the program has weakened somewhat, due largely to the retirement or departure of key individuals. Thus, the findings reported here do not reflect current practices in the department.

Officers are selected for the program on the basis of three categories of perform- ance indicators: incidents involving con- flict in arrest and non arrest situations and referrals from supervisors. However, inter- vention is not automatic; commanders review performance records and exercise discretion in selecting officers.

The PPEP class consists of an overview and explanation of the program and units on human behavior, stress management, conflict management, complaint avoid- ance, sensitivity training, “extraneous contributors to conflict” (such as sub- stance abuse), and techniques and assess- ment (which includes training related to such police activities as tactical stops, situ- ation assessment, handcuffing, and custo- dial security).

Each class includes a private counseling session with the instructor, during which the officer’s record is reviewed and the reasons for being select- ed for the program are explained. Immediate supervisors are required to monitor each officer for a period of 6 months after the intervention.

During that period, the supervisor is required to observe the officer interacting with citi- zens while on duty and to complete a bi-weekly evaluation of the officer’s performance.

Police officers have a critical role in maintaining peace and order in the area they work. However, they should do this within appropriate and ethical means. They also need to adhere to the department’s policies and procedures.

EIS can decrease any untoward incidents created by any of the officers. This way, it can strengthen good community policing and foster the law enforcement’s image to the public. 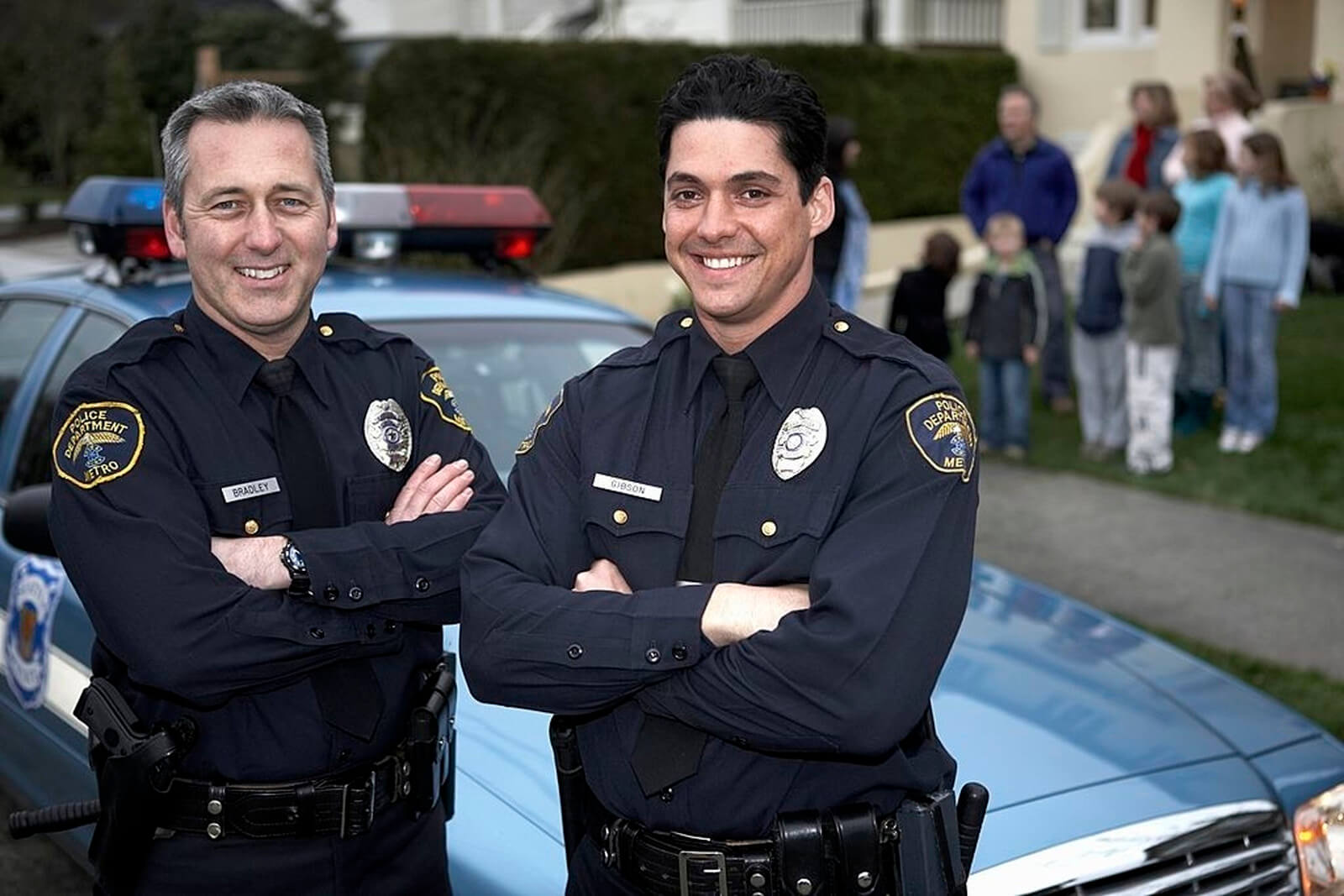 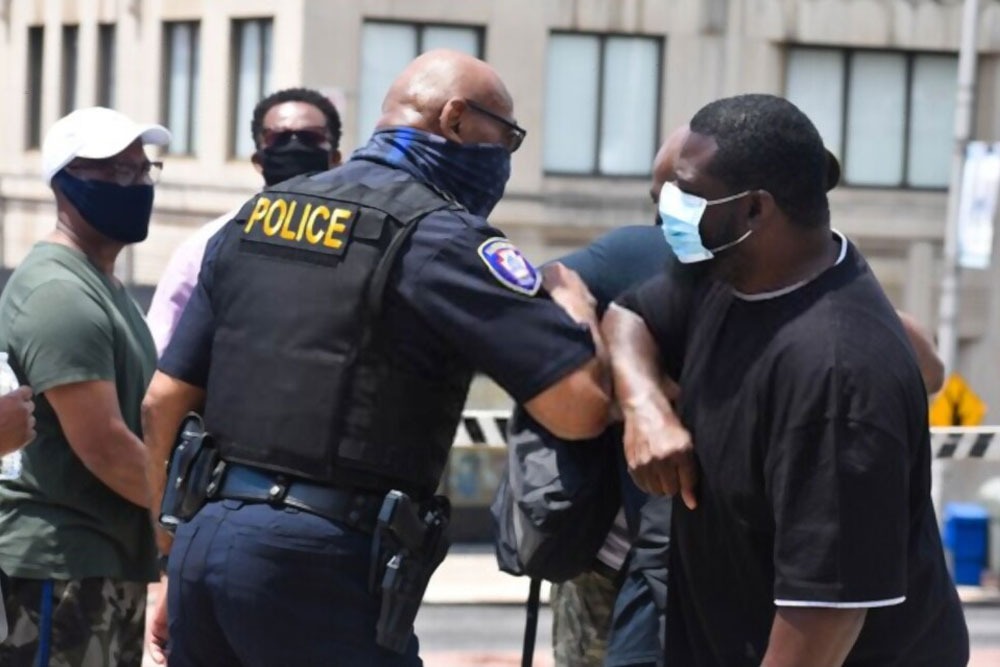 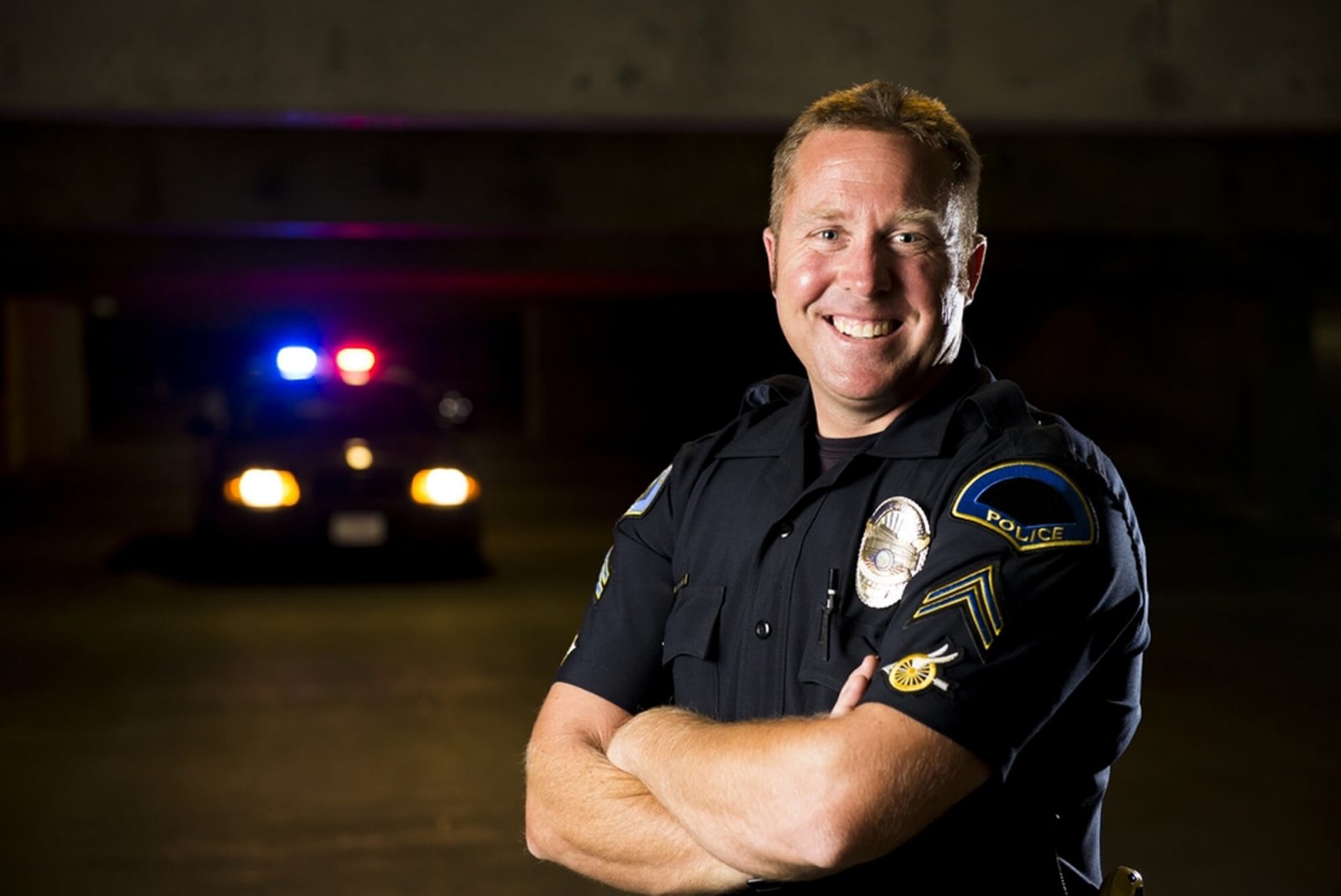